The largest of the Mediterranean islands, Sicily is the ‘ball’ situated South West of Italy’s ‘boot’. Steeped in history Sicily is famous for many things but The Valley of the Temples, Mount Etna, the birthplace of Achimedes, it’s wonderful cuisine, stunning beaches and of course it is where the Italian Mafia originated.

A mixture of many cultures, Sicily has a different ‘vibe’ than seen on mainland Italy with many Sicilians sharing many varied traits from Arabs, Catalans, Spanish and even Vikings.

You will be welcomed warmly into ‘la famiglia’ when visiting Sicily with it’s traditional restaurants, coffee shops and quaint villages, not to mention the sprawling white sandy beaches and a plethora of historical places to see and visit. Bellisimo!

After a delicious breakfast at the hotel you will meet your guide and prepare for a full day of breathtaking sights with your new friends.

Built by the Normans in 1184 this Roma Catholic cathedral is a must see when visiting Palermo, impressive architectural exteriors house many treasure of gold, silver and a diverse art collection. 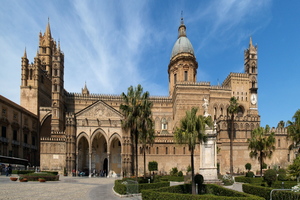 Inscribed in the UNESCO’s World Heritage list, the Palatine Chapel is worth the visit to Palermo alone. Stand in awe beneath some of the most beautiful Byzantine mosaics ever produced, embracing years of different cultures dating back to 1130.

A prefect example of Norman rule in Sicily, this former mosque was once home to the famous Sicilian hermit monk Saint William of Monetrvergine who was known to keep a wild wolf that he tamed after the wolf had killed one of his donkeys.

One of the greatest examples of Norman architecture built in 1174, well known for the legend that The Holy Virgin appeared to William II of Sicily whilst he napped under a Carob tree and suggested he build a church on that very spot.

Visit of a typical Sicilian market called a “Capo” which will entice into the full spirit of Sicily.

After breakfast you will depart for a full day excursion to Segesta.

Overlooking the Gulf of Castellammare this wonderfully preserved temple was built in 420 BC and is considered to be the best example of Doric architecture in Europe. 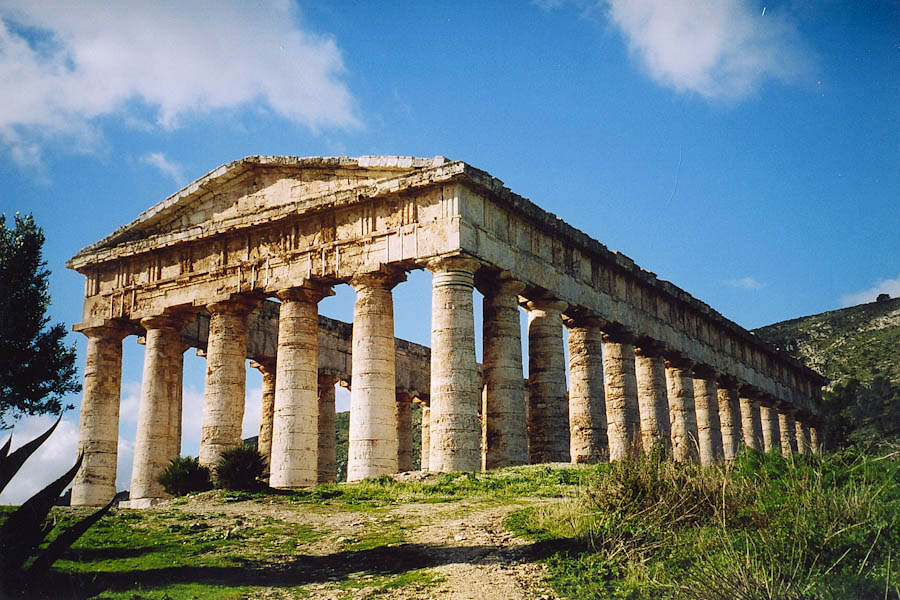 Located at the top of Mount Barbaro this amphitheater can hold up to 4000 spectators and is still used every summer for plays, dances and musicals.

A coastal town on the West coast of Sicily, famous for it’s ancient ruins and fortified Marsala wine. Here we stop for a brief taste of this tasty liquor. 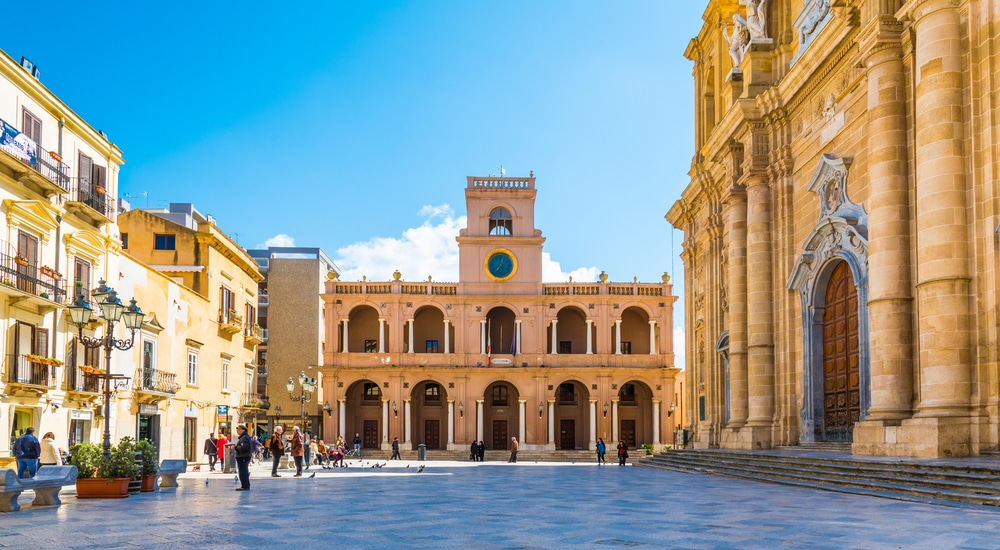 Dating back 300 years this quaint museum displays all the techniques and stages of salt extraction and refinement throughout the years.

One of Sicily’s great archeological sites, this forgotten gem was rediscovered in the16th Century and is still revealing many ancient artifacts to this very day.

The Valley of the Temples is considered to be the one of the most important sites in classical Sicilian culture, the spirits of gods and goddesses fill the air in this enchanted valley.

After a tasty hotel breakfast you will today visit the art city of Piazza Armerina and the Roman Villa del Casale with it’s captivating mosaics and splendid art collections dating way back to the 4th Century AD.

Moving on to Taormina and a short visit to Enna, the highest capital in Europe with magnificent views across beautifully coloured fields and distant sunsets.

Stay in the Taormina overnight.

Today we visit the archeological site of Syracuse with its Roman amphitheater, the Teatro Greco and the ear shaped limestone cave known as Orecchio di Dionisio.

Return later in the day for an overnight stay at the hotel. 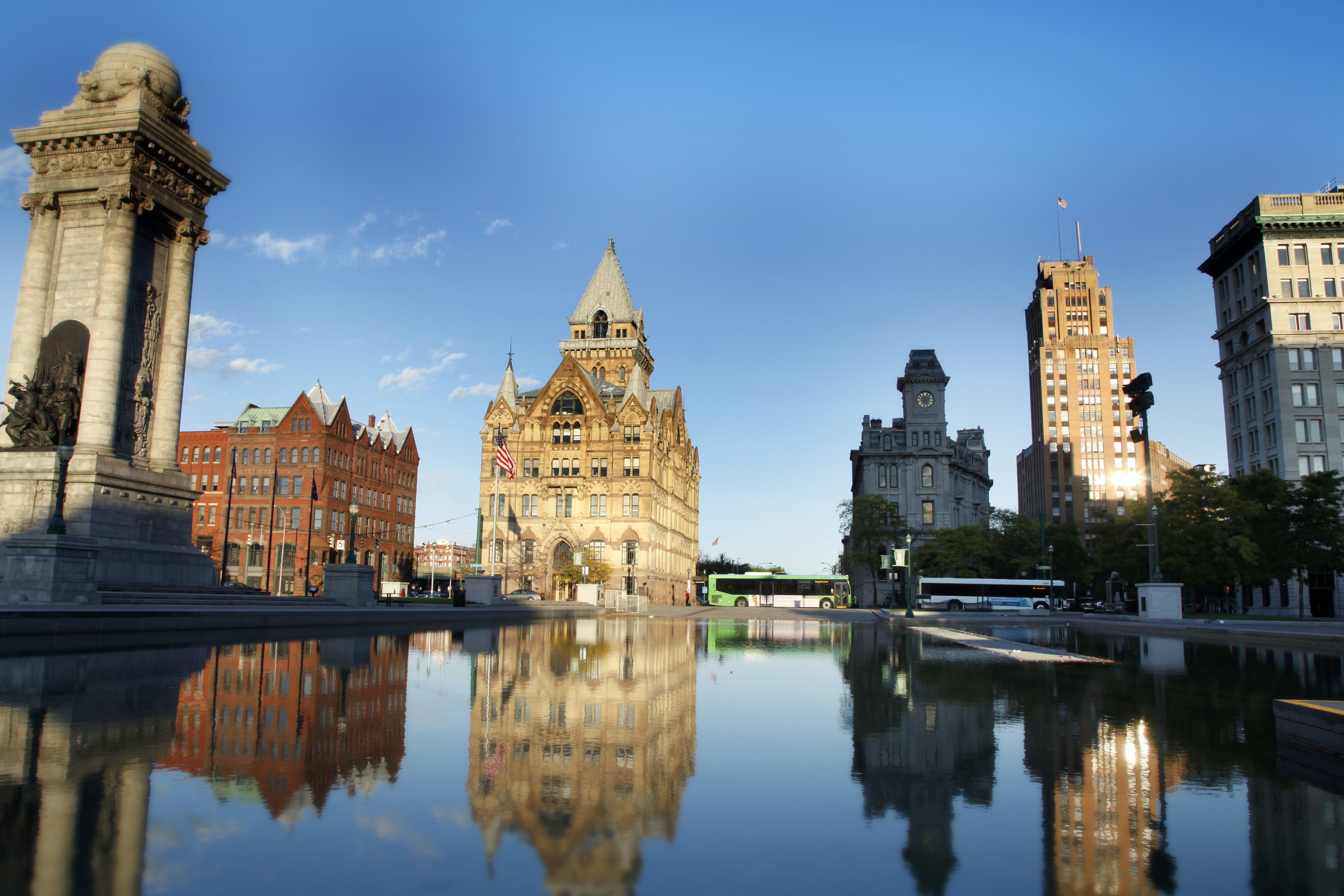 Make sure you have your cameras ready for this awe inspiring natural phenomenon that is Mount Etna. One of the most active volcanoes in the world and certainly the highest at more than 3327 meters. 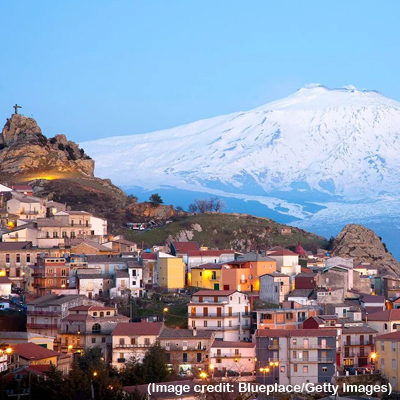 In the afternoon return to Taormina for some free time to enjoy the wonderful night time the city has to offer then on to the hotel for a well deserved drink at the bar before bed time.

After breakfast depart to Catania airport and say ‘addio per ora’ (goodbye for now) as we are sure you will want to return real soon to experience everything wonderful Sicily has to offer.

A modern 3 Star hotel a short stroll from the old town and local markets. 80 well equipped rooms offer our guests comfort, style and all the modern features to make your stay in Palermo and experience to remember.

Enjoy and relax in the comfortable lounge bar or taste the most famous Sicilian cuisine in the restaurant or feast on the large daily buffet filled with Mediterranean dishes.

All rooms are equipped with television, air conditioning, telephone, mini bar, a safe and an automatic wake up service, in addition to a private bathroom with shower and hair dryer.

Wi-Fi is available throughout the hotel to give guests internet access from their devices at any time of day, anywhere in the hotel.

A perfect hotel for single travellers located near the wonderful beaches and vibrant nightlife of Agrigento. Enjoy local cuisine in the traditional restaurant with such delicious as Pasta alla Norma, ratatouille, Mediterranean salads and, of course, the pasta.

Take a dip in the outdoor pool with sun terrace equipped with deckchairs and umbrellas, or the indoor swimming pool with a small gym and sauna, TV room, bar and veranda for your relaxation.

This 6 floor 170 room hotel is furnished with all contemporary comforts offering guests a high level of service throughout.

Rooms overlook the sea or the internal garden, with each room consisting of air-conditioning, TV, safe, mini bar, private bathroom and hairdryer.

This flagship hotel is completed with three internal and one external restaurants with sea views, ideal for both dinners or quick lunches or maybe try the elegant Panarea White room, located on the fifth floor with breathtaking views of the Ionian Sea, the outdoor swimming pool and the private descent to the sea with large solarium and pool bar.

Weather
Offers
Use this code to avail this offer
SAVE50
- SAVE £50 ! Use code: SAVE50
Holiday Types
Festive, Multi Activities, Sun & Sand, First Singles Holiday, Over 50s, Discovery Tours, Late Deals 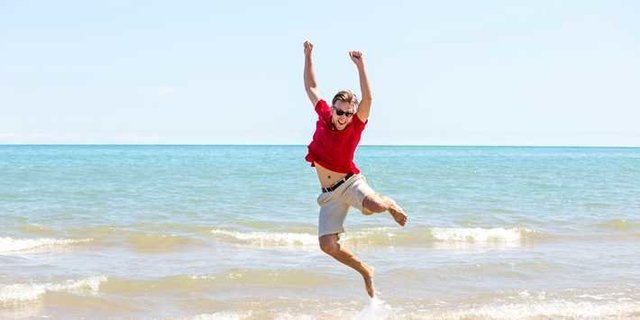 What's New
Holidays 38
Starting from £ 239
View Collection
Call Us
All the flights and flight-inclusive holidays on this website are financially protected by the ATOL number 11633. When you pay you will be supplied with an ATOL Certificate. Please ask for it and check to ensure that everything you booked (flights, hotels and other services) is listed on it. Please see our booking conditions for further information. Here at Go Singles we have over 20 years’ experience providing singles holidays for the solo traveller. Our trips are designed for the over 30s, 40s, 50s & singles holidays overs 60s and with Go Singles you can travel to the UK, Europe, Asia, Caribbean and beyond. Whether you want to soak up the sun on the beach, or take a singles cruise, book your singles holiday online with Go Singles.
Online booking system by Vacation Labs © 2022 GoSingles