I've been on many singles holidays over the years but GoSingles Cuba holiday has been the best. I've enjoyed the whole experience and met a lot of lovely people and remained friends with many of them.

I had an excellent holiday – I thoroughly enjoyed myself in Cuba. People in our singles group made this holiday for me and would like to do it again with Go Singles !

Best time to go to Cuba? 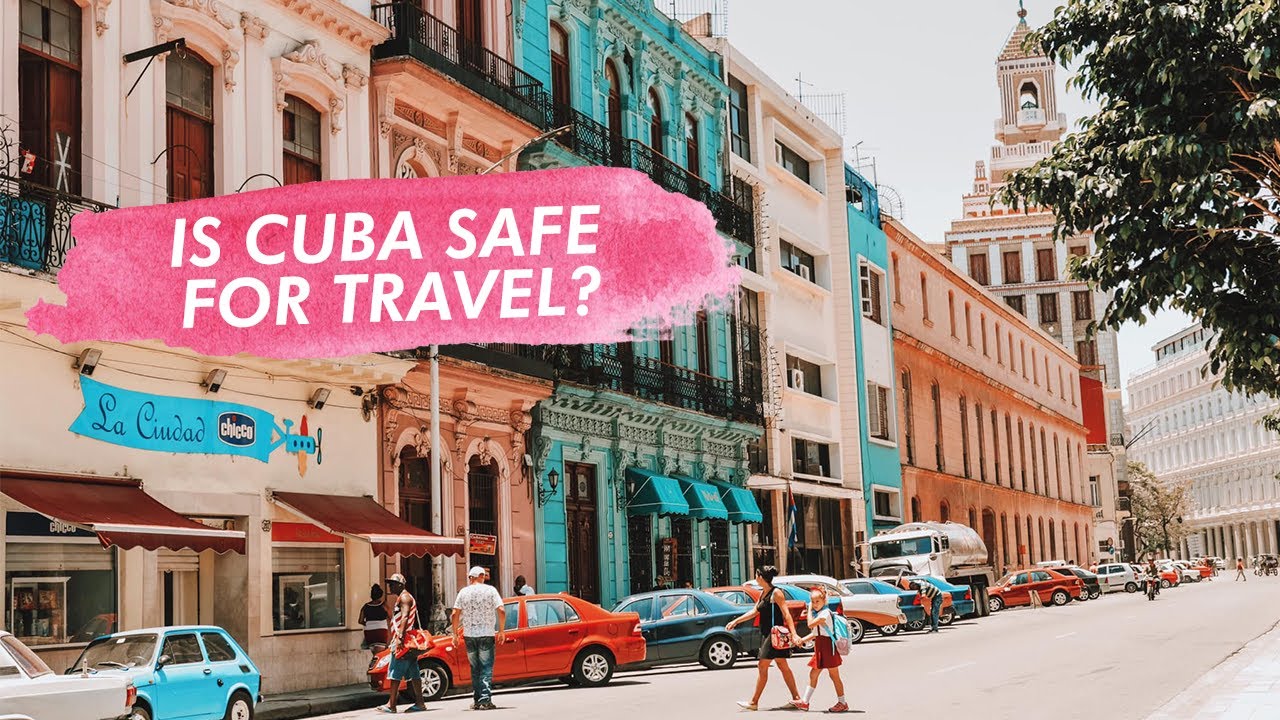 The best time to visit Cuba for warm, dry weather is between November and April. However, this island is anchored in the Caribbean, so you can expect balmy temperatures all year round.

Is Cuba safe to visit as a solo traveller?

Cuba is a safe country, with virtually no violent crime, although pick-pocketing & petty theft do happen.

If you stay aware of your surroundings, you should be able to have a safe, enjoyable time.

Do I need any vaccinations before going to Cuba?

Currently there is no mandatory vaccine requirement to visit Cuba on holiday.

What if I fall sick in Cuba? 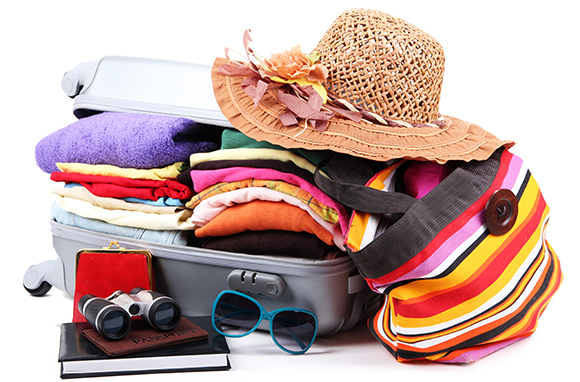 Cuba has made a mark for itself in the world of health sector providing top quality hospitals as well as medical services at affordable prices. Its highly recommended to have an adequate medical insurance to cover medical expenses in the event you became ill whilst on holiday.

Dress in a casual, low-key fashion. In this sub-tropical climate lightweight natural fabrics such as linen and cotton work well.

You should check with your card issuer to ensure it can be used in Cuba.

There is normally a commission for using a credit card at around 3% for both purchases and cash withdrawals.

Can I drive in Cuba with my UK License?

You can drive in Cuba using a valid UK driving licence for up to 6 months from the date of your entry into the country.

What kind of sockets are used in Cuba?

European two-pin sockets are used in Cuba; therefore, you need to pack an adapter for your holiday.

Do I have to speak Spanish to interact with local people?

Most Cubans only know Spanish, but in larger cities and tourist areas, English is more commonly spoken.

Is roaming charges applies for using my mobile phone in Cuba?

It is advisable to check with your mobile provider before travelling to Cuba.

Most US Bank cards will NOT work. Most European bank cards will work in Cuban ATMs – It’s recommended to check with your bank before travel. Most Cuban ATMs have a withdrawal limit (usually the equivalent of US$200 / day)

In Cuba, drinking water from the tap is not recommended.

It is advisable to purchase bottled water or drink treated or purified water. 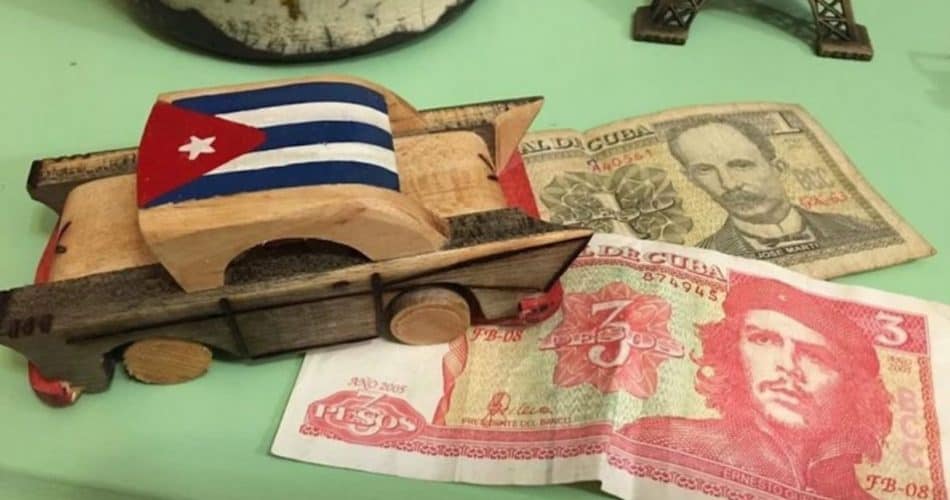 Cuba has a strong tipping culture, and you should be respectful of Cuba’s tipping etiquette.

Generally, you should expect to tip plenty of people during your stay.

A standard gratuity at a restaurant in Cuba is 10-15% of the total bill. Of course, feel free to leave a larger tip if you felt that the service was excellent.

After decades of being one of the world’s hardest to reach destinations, Cuba is finally coming out of the shadows and is proving to be a hugely popular tourist destination. Considering it’s in competition with the Caribbean havens of the Bahamas, Barbados, Trinidad and Tobago, Jamaica and Antigua, this is no mean feat – and is also a testament to the wonderful warm welcome the island’s citizens give to all who visit. It’s what makes the country such a hit with singles – alongside the weather, the beaches, the carnivals, the diving …

Staying on the island, you’re spoilt for choice when it comes to the type of holiday you want. A lazy, feet-in-the-water kind of holiday is many people’s idea of heaven, and that’s one option. There are also the resort complexes where you’ll want for nothing for the whole duration of your stay. City visits are a must, of course, with Havana being an essential stopover for anyone wishing to experience the vivacity that the Cuban people bring to every form of entertainment. Or perhaps you’d rather take in a cruise around the island, stopping off at key points to sample the wonders Cuba has to offer. It’s up to you!

Part of the West Indies, and owing to its location nestled in the Caribbean sea, the island of Cuba enjoys a year round tropical climate, with consistent heat and an average of 330 days of sunshine a year, but with regular rainfall and high levels of humidity.

Throughout the year, Cuba experiences two distinct seasons, the dry season and the wet season.

May to October is known as the wet season, where rain is plentiful with May being the wettest month, where an average of 49mm of rain fall. August is the hottest month of the year and also the most humid, the sea is at it’s best with temperatures rising to 30 degrees Celsius. Despite the rain, expect plenty of sunshine coupled with high humidity levels. During June to November the Caribbean is affected by an annual hurricane season, with September and October suffering from the highest number of hurricanes.

The dry season runs from November to April and is the most popular time to visit Cuba. Rain is less frequent which reduces humidity levels, making it a lot more comfortable for walking around, lying on the beach and sightseeing, especially in the city of Havana.

Explore a country steeped in a tapestry of rich history not to mention a country on the brink of change, with these top must sees attractions:

Whilst in Havana, be sure to amble down the seafronts famous El Malecon. Here expect to see locals whiling away the hours, set against a backdrop of bright and colourful, crumbling buildings – a photographers paradise - whilst enjoying the refreshing sea breeze.

A must see – take a tour to see how one of Cuba’s most famous exports are made – the celebrated Cuban Cigar. Watch workers show you the process of hand rolling the cigars, a process still practiced today, whilst using the same equipment and methods as when it first opened its doors in 1845.

Known as one of the oldest existing forts in the Americas, this sixteenth century fort is a great sample of military architecture during the Spanish control over the Caribbean.

Cubans are very charismatic people, often laid back and open to talking to absolutely anyone and everyone. You could say, that the people of Cuba are what make the country so special.

When venturing out you will often see groups of people sat around on street corners, or walking with friends, talking to neighbours and family – relationships are very much seen as the backbone of Cuban culture therefore it’s important whilst you’re on holiday to engage with the locals.

Despite its financial troubles and political struggles that the country has faced for many years, the people of Cuba are very proud of their country and will often praise it beautiful landscapes, the people and cultures.

Greetings differ from person to person, from the formal to the informal, so don’t be offended if you get a hug and a kiss on both cheeks one day, and a simply handshake the next.

Due to the hot humidity, dress in Cuba is rather informal, and wearing shorts or skirts is not frowned upon.  Though be sure to cover up if you are heading to any religious sites or away from touristy areas, off the beaten track.

Tipping: Many Cuban workers rely on tips to supplement their basic income, so be sure to tip if service has been good. In touristy establishments, usually a service charge will be added to the bill, so be sure to check.

If you’re looking to socialise or greet your fellow Cubans whilst away on holiday, here are a few handy phrases to help you on your travels. Spanish is the most commonly spoken language.

Finally if you’re wanting to order a drink, a famous daiquiri for example, seeming as though we are in Cuba, its ‘Por favor puedo pedir una daiquiri’ which translates to ‘please may I order a daiquiri.