Showing 3 of 3 holidays Sort by 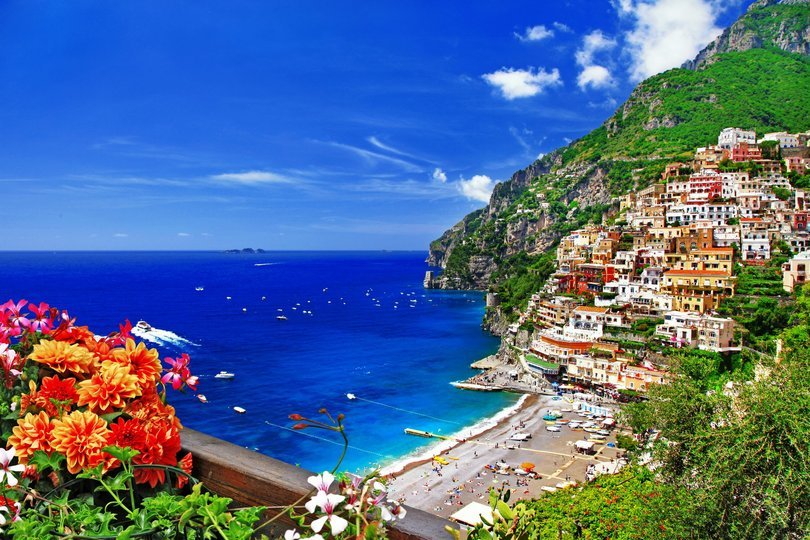 Italy is a country that requires little introduction – its culture has been seeping into Europe and the rest of the world for centuries. We all know about its fantastic cuisine, from the rustic comfort of the pizza to the gastronomic delights of the sea. Its wines are world famous, and now its native grapes are grown worldwide. Opera, art, football, ice cream, and even cars … they all prove that this is a people that does everything with passion and romance.

But equally, there’s no single part of Italy that you could call typically Italian. From north to south, east to west, there’s enough variety to make a dozenholidays completely unique. If you love your history and to absorb yourself in cultures as old as the hills, look no further than the Amalfi Coast, for example.This beautiful region lies just to the south of Pompeii and Naples, but many visitors stray no further than the spectacular coastline.

For some, Italy means one thing – skiing. Italy’s Alpine north is home to plenty of outstanding slopes and perhaps the best après ski in the world. But let’s not forget that Italy also includes the vast Mediterranean island of Sardinia, where you can enjoy the countless coves, walks, beaches and woods, or explore the beautiful city of Cagliari, with its wonderful architecture, dining and night life.

With its long peninsula and famed rugged coastline, Italy experiences a varied Mediterranean climate with hot, dry summers perfect for lazing around on the many sandy beaches of the Amalfi coast, or the rolling beautiful countryside of Tuscany and cool, wet winters, with snow-capped mountains towards the alps, perfect for hitting the slopes.

Towards the North of Italy in the mountainous zone, home to the Alps and Mount Blanc, you will find an alpine climate with cold winters and an abundance of snow, famed for skiing, snowboarding and cross-country skiing, in addition to ski-touring. Averages temperatures range from -29 degrees Celsius in the winter to 27 degrees Celsius during the day in the summer months of July and August, ideal for alpine hikes and camping.

The  East and West coast both possess a similar Mediterranean climate with warm summers and mild winters, however the west coasts is slightly wetter notorious for its warmer winters. The central regions, such as Tuscany and Umbria see long beautiful summers and a lush landscape with vineyards that create the perfect Tuscan image, and snowfall between December and January.

Towards the South of Italy and the islands of Sicily and Sardinia the climate is considerably warmer, having the highest number of sunshine hours than anywhere else in the country, even in the winter months you can expect 4 to 5 hours a day with temperatures rarely dropping to below 10 degrees Celsius, and a staggering 11 hours in of sunshine in summer.

No trip to Italy would be complete without a trip to the Amalfi coast, a 50 kilometre stretch of coastline, heralded as an exceptional example of a Mediterranean landscape by Unesco. Owing to its picturesque pastel-coloured fishing villages dotted across sheer cliffs and rugged landscape makes it a popular holiday destination, not to mention its tranquil coves and small beaches perfect for unwinding after a day of sightseeing.

See a city and roman civilisation preserved in all its former glory before mount Vesuvius erupted back in 79 A.D. Explore the crater and summit of Vesuvius, whilst discovering the historic excavation sites at Pompeii and Herculaneum

Italy is famed for its cuisines world over, from its diverse variety of handmade pasta’s to its air spun pizzas, not to mention gelato, rich, creamy and so tasty one scoop just isn’t enough.  Italians make the most out of fresh, simple seasonal produce, ensuring everything that’s served is of the highest quality owing to their love of food.

Italy has a reputation for being warm and welcoming. Family is an extremely important value within the Italian culture, with frequent family gatherings and celebrations ingrained within their culture.

It’s no secret that Italians have a love affair with food, enjoying a meal with friends or family is the main ingredient of any Italian dish. Lunch usually starts between 12am and 1pm depending on the region, and can last literally all day.

Italians are extremely sociable, with their lifestyle revolving almost exclusively around meeting friends and entertaining. Throughout Italy, you’ll find that all the towns and cities are built around squares, called piazze, where you’ll find people meeting each other and gathering, particularly in the evenings.

Italians are very touchy feel, so be sure not to get the wrong first impression! Italian women will often have physical contact during a conversation, the familiarity doesn’t mean anything this is purely a sign of warmth so be sure not to get the wrong end of the stick. Embracing and kissing on each cheek is also widely accepted as a form of greeting each other in Italy, with men also kissing other men on the cheek – two light air kisses is the general greeting.

Making a first impression is very important in Italy, so be aware that you are likely to be judged on your presentation and appearance, in addition to manners. Polite manners go far in Italy, from wearing the correct attire whilst visiting religious churches and sites, to eating in restaurants with the correct table manners.

Tipping isn’t expected in Italy, so don’t feel obliged to tip after every meal, however if you feel the level of service you received was over an above, it wont be frowned up on to leave a tip.

If you’re looking to socialise whilst on holiday, it’s handy to have a few simple phrases on hand to converse with the locals.

Be sure not to forget your please and thank yous, to say thank you it’s ‘grazie’ and please is ‘per favore’

When leaving goodbye is ‘addio’

If you want to order some famous Italian gelato, learn the phrase, ‘si prega posso ordinare il gelato’ which translates to please can I order ice cream